Firstly, a big thank you to all who attended Tottington’s Big Day Out last Sunday.  The weather was kind to us and a good time was had by all. Vital funds were raised for the continuing development of Tottington Sports Club and also local charities that ran stalls.

Many people took part in Cllr Wright & Keeley’s “Greenbelt Survey Ball Game” (See Pic Below) which showed an overwhelming majority in favour of protecting our remaining Green areas in Tottington, Walshaw and Affetside.

At the Ramsbottom, Tottington and North Manor Township Forum last night, many concerned residents turned up to watch a presentation from a senior Planning Officer of Bury Council who explained the process and timeline for the Greater Manchester Spatial Framework and when Bury Council will be likely to produce it’s “Local Plan” to link in with it. From what he was saying, we could be looking at late 2017 / early 2018 before GMSF is approved and Bury can then produce it’s “Local Plan” which will guide the Council’s Planning Committee when deciding on planning applications.  Everyone, including all Councillors, at the meeting were in unanimous agreement that the “Local Plan” should seek to prioritise building of new houses on Brownfield sites and exclude any building on Greenfield sites.  It was noted that Greater Manchester Combined Authority estimate that across Greater Manchester there could be a shortfall of 70,000 houses by 2020. 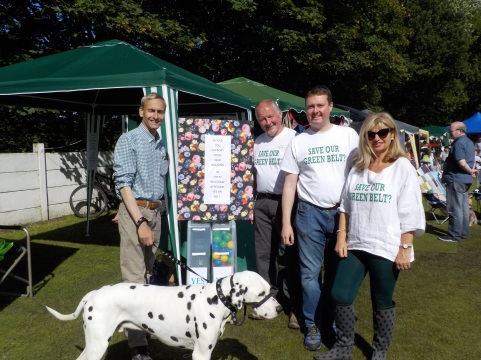 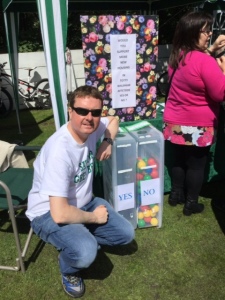 Thank you to everyone who has signed the on-line petition, if you haven’t yet had chance then please do so below:-

“We the undersigned strongly oppose any housing, industrial or commercial development on following sites that have been identified on the GM Spatial Framework Website or any other further expressions of interest in sites in the Tottington and Walshaw areas:- 1) Sheepgate Farm (4.1186 ha) 2) Land at Sheepgate Farm (6.785 ha) 3) Greenmount (12.515 ha) 4)Land at Holcombe Rd, Greenmount (5.0835 ha) 5) Walshaw Brook (11.6897) 6) Land off Bentley Hall Road (67.127 ha).  These sites represent virtually the last of the Greenbelt in Tottington & Walshaw and if developed on would put substantially more pressure on an already over-stretched highways infrastructure, local amenities and services.

We the undersigned also call upon Bury MBC to protect these sites and all other Greenfield sites in the Tottington & Walshaw area in its’ “Local Plan” and call upon Planning Officers and members of the Planning Committee to reject any such planning applications that would threaten to encroach on these Greenfield Sites.”

The next full Council meeting at Bury Town Hall is Wednesday 13th July, where I will be asking the Leader of the Council what can be done about the safety issues currently facing pedestrians from cyclists travelling too fast on the Kirklees Trail.

Unlike other areas Tottingtons PACT Meeting (Police and Community Together) is well attended. We have a new team of proactive Police Officers in our area who have since the meeting been very supportive with two issues . One being the inconsiderate parking by parents around Walshaw primary school which is regularly  causing gridlock. I am working with PC Baines to trial a new idea to improve the problem around the school and Moyse Avenue after more complaints from residents .
After the incident on the Kirklees Trail when Oscar the spaniel was hit by a cyclist , I have met with Police and Council Officers. The Council have now agreed  to erect new signage asking for more consideration from all users. We also need any incidents/accidents to be reported to the Council and Police if more serious, as only then will we be able to justify requesting  further measures to make the Lines safer for all users. Do contact me also.

Residents on Market Street are unfortunately having to endure noisy neighbours,  Council Officers are now involved. If you are ever in this situation, do contact us for assistance.
We visited residents on Bury Road regarding their on going complaint with vibration from the highway since the new estates were built.

Several residents are still suffering the after effects of the recent heavy downpours and  gullies are being cleaned to improve the situation on Market St which will help reduce potential flooding on Sunnybower St too.

Be careful around the steps near Springvale Terrace, a small sink hole has appeared. The Council have attended although this is unadopted and a grey area regarding responsibility.

The new bollards for Claybank Drive did not arrive as promised but are due to be in place very soon.
As usual I have been busy with my Voluntary charity work: helping to plan an Auction Dinner for the Blind Society and  a bumper Tombola for Communic8te- the Deaf Society.

As a Trustee on their respective Boards,  I  recently attended meetings at both charities.
I have supported a fundraising event for the local branch of the NSPCC.

I attended a meeting of Planning Control and expressed my reservations regarding a new build apartment block in a prominent spot in Ramsbottom  with part rendering instead of my preference for all stone .

After much concern locally,I undertook a survey at Tottington Big Day Out to determine residents views on the possibility of more housing developments in the Ward. 97% of those surveyed did not support more housing in the Ward. It was a lovely sunny afternoon , a great atmosphere and  I enjoyed chatting with many locals.

I have requested repairs to potholes yet again on Moorside Road.

I attended the Township Forum Meeting held in Tottington. The overgrown state of Old Kays Park and surrounding area was discussed. Also overgrown hedges and footpaths on Turton Road .I have requested action !