“Save Our Greenfields” Petition Update 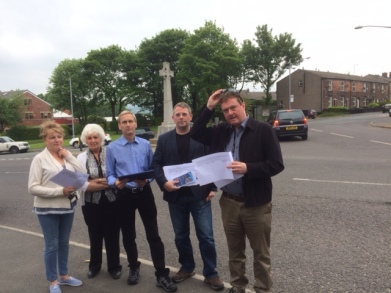 The petition is still going strong, with many people signing on-line and on the paper version that many volunteers are currently circulating around Tottington and Walshaw.

I would ask residents to include their address as otherwise their name and signature will not be counted in the end when it gets presented to Bury Council.

I am hoping to get around 3,000 by the autumn so we still have plenty of time to get there – the total number of signatories is so far is 1,104 but because some people haven’t given their address or don’t work or live inside of the borough their names may not be counted by the Council unfortunately. If you work inside the borough please state your work address in the comments box.

There is also going to be a presentation given about the Greater Manchester Spatial Strategy by a senior Planning Officer of the Council at Ramsbottom, Tottington and North Manor Township Forum at Tottington Methodist Church on Wednesday 6th July.  The meeting will commence at 7pm.

Please spread the word and I will keep you posted.  The on-line petition is below:-

“We the undersigned strongly oppose any housing, industrial or commercial development on following sites that have been identified on the GM Spatial Framework Website or any other further expressions of interest in sites in the Tottington and Walshaw areas:- 1) Sheepgate Farm (4.1186 ha) 2) Land at Sheepgate Farm (6.785 ha) 3) Greenmount (12.515 ha) 4)Land at Holcombe Rd, Greenmount (5.0835 ha) 5) Walshaw Brook (11.6897) 6) Land off Bentley Hall Road (67.127 ha).  These sites represent virtually the last of the Greenbelt in Tottington & Walshaw and if developed on would put substantially more pressure on an already over-stretched highways infrastructure, local amenities and services.

We the undersigned also call upon Bury MBC to protect these sites and all other Greenfield sites in the Tottington & Walshaw area in its’ “Local Plan” and call upon Planning Officers and members of the Planning Committee to reject any such planning applications that would threaten to encroach on these Greenfield Sites.”

A Busy Ward! – Update from Yvonne

We have dealt with many issues since my last update, here is an overview of some of the issues;

We 3 Tottington Councillors support a “Community Right To Bid” placed on local pub The Lamb Inn…just in case this property ever comes on the open market. We support that this should remain a public house for the benefit of the local community.PIC of the 3 of us here

GOOD NEWS ! I have contacted the relevant Council Officers who have agreed to replace the vandalised table-tennis table in the park with a more robust one. The funding will come from 106 monies. This is money paid by Developers in connection with new housing. This money can be used for off site play areas , leisure and recreation provision. Some more good news , proposals are in for 106 monies also to be spent on enhancing the play areas on Sycamore Road and Booth St.

The Council Officer who I have been liaising with for the new signage on both Turton Road (for 2 years ) and Scobell St has left the authority, hence the further delay. I am chasing up !

The issue of public right of way Sunnywood Lane being tarmacked which has impacted on neighbours has not been resolved.

The vibration experienced from alleged defects under the highway by residents of Bury Road since the new estates were built has not been resolved and is ongoing.

Deep potholes were reported and repaired on Wellbank St /Meadow Way, however more need repairing and they are to be inspected again.

Deeply upsetting that residents at Harwood Rd , Scobell St and Watkins Place have yet again suffered flooding. One theory is that the Victorian sewers in some areas are not big enough for the amount of properties. We have made our feelings clear to United Utilities and will give updates as we receive them.

After the floods at Christmas surveys of the culverts on Harwood Road were promised by Council Officers and residents are due to receive the results.

Concerned that since the bollards went missing Claybank Drive was being used as a rat run , we requested the new collapsible bollards be fitted as soon as possible.

The field which is between Bury Rd and Chestnut Ave has now been mowed after it had been forgotten. My thanks to Bury Road residents who ensure this land is litter free and an asset to the area.

A sad incident occurred last week on the Kirklees Trail. A resident of Rosewood Avenue was walking his dog Oscar when a cyclist hit him. The poor dog had stitches and his owner had a vets bill of almost £500. I am in touch with Council Officers to find a way to make the Lines safer for all users in this shared space. The present signage is I feel insufficient. I am concerned that a child could be next. I am told cyclists won’t have bells as its uncool !!!!!…..Also very inconsiderate in my opinion !

Would you support a cycle lane on the Lines?? – Please pick an option below

I have recently supported Communic8te (The Deaf Society) volunteering on a Tombola stall in the Millgate. It was a poor result even on a Saturday ,so I am going to help this local charity to raise funds and will organise a Tombola in the autumn so am now appealing for any unwanted gifts or suitable items for their stall… I can collect…..just please contact me if you have items to donate. 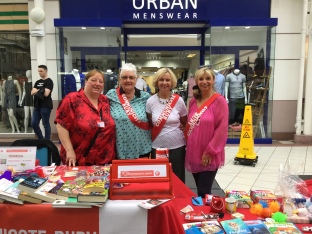 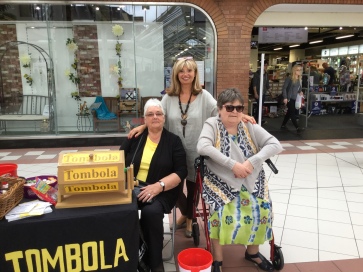 I have also attended Blind Society meetings and my Monday morning voluntary session at the Society continues.

Greg and I attended the Garden Party at The Beeches at Walshaw Hall. This new facility which provides care for Dementia sufferers is an asset for Bury. Its like walking into a 5 star hotel with very dedicated staff too. 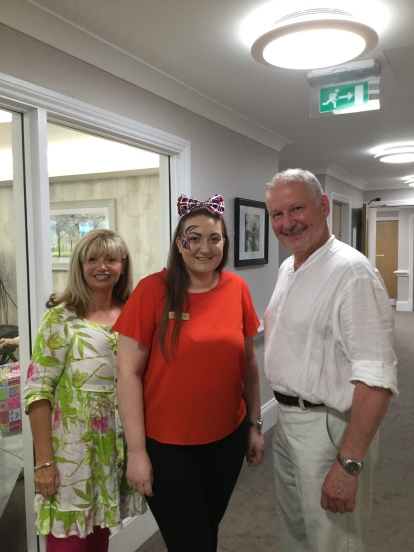 I attended an interesting talk and fundraising event organised by the Mothers Union at St Hildas Church on the research being made into Breast Cancer.

I attended an “Ascot Race Day” fundraiser for Bury Hospice. 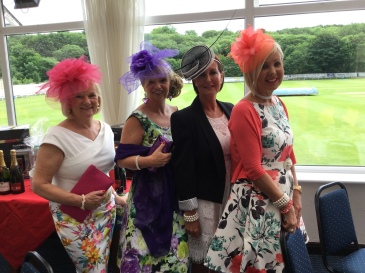 After the results of fundraising I organised last year I recently helped organise an afternoon tea and theatre trip to the Palace Theatre to see Mama Mia for a group of people with severe and enduring mental illness, a good use of my time. A day trip to the coast is planned next with the remainder of funds raised.

Finally it was a privilege to be present at the scattering on the green of the ashes of Cryril Kitchen the Chairman of Tottington Bowling Club . A man I greatly admired who passed away last month, he will certainly be missed 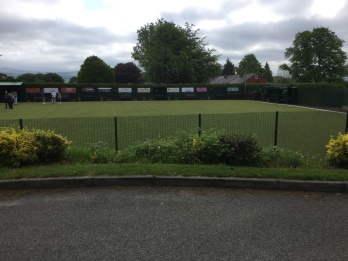